What Are Mabe Pearls? 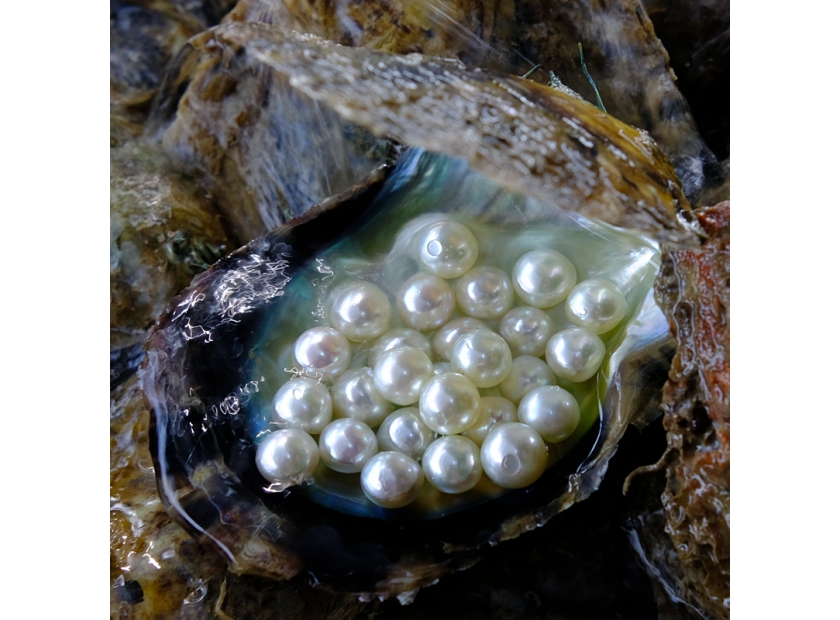 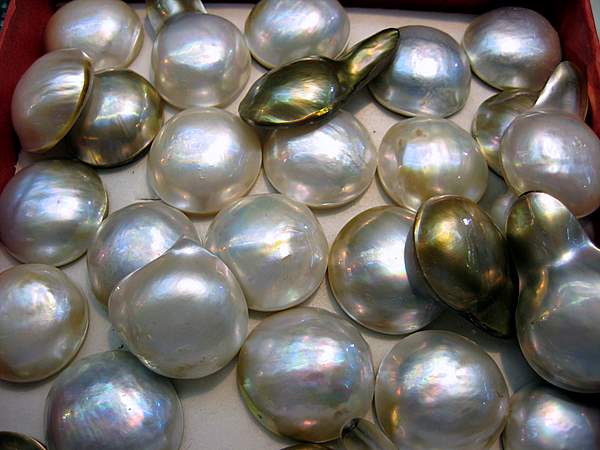 Mabé pearls can be grown in any saltwater or freshwater pearl-bearing mollusk. Mabe pearls became better known in the 1950s as an affordable and fashionable way to wear large pearls, for the white South Sea cultured pearls that we have today were widely unavailable. Japanese companies started to produce blister pearls on the Ryukyu Islands between Japan and Taiwan. The word Mabe possibly comes from an old dialect spoken on those islands. Today Mabe pearls are still produced in Japan and China, but also in Indonesia, the Philippines, Thailand and French Polynesia.

Mabé pearls, also known as blister pearls ,are half-pearls that are cultivated on the inside of a mollusk's shell. A small nucleus, usually made out of mother of pearl, is attached to the shell of the mollusk and left to accumulate nacre over a period that usually runs about two or three years. 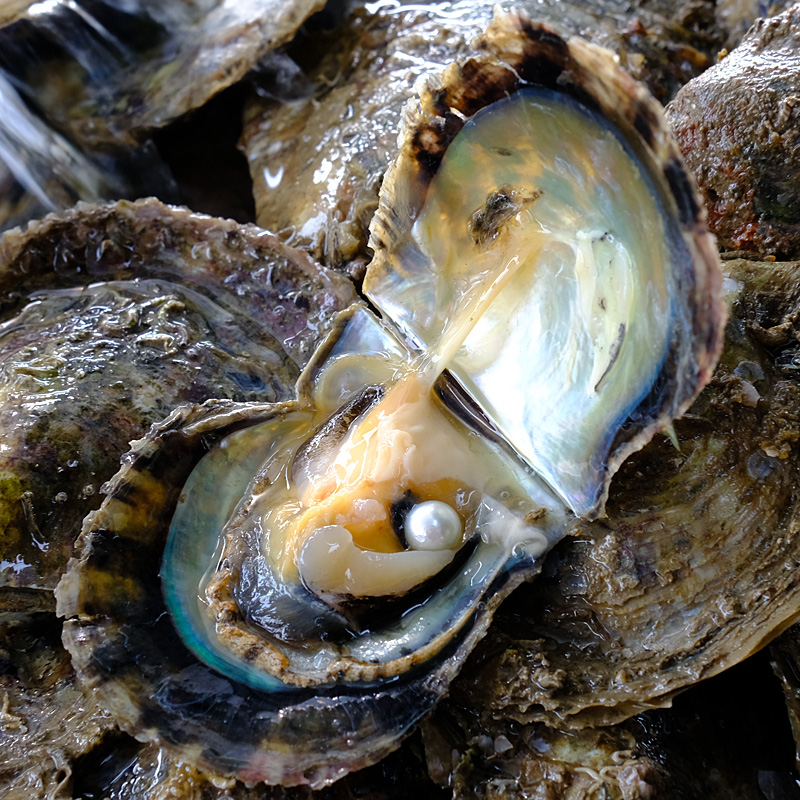 Once the pearls are ready for harvest, they are cut out of the shell and their nucleus is removed, leaving a hollow pearl. The pearl is then filled with a colorless resin to reinforce the pearl's structure and sealed with a mother-of-pearl backing to close everything up.The final result should be a beautiful silky pearl of between 12 and 25mm in size. 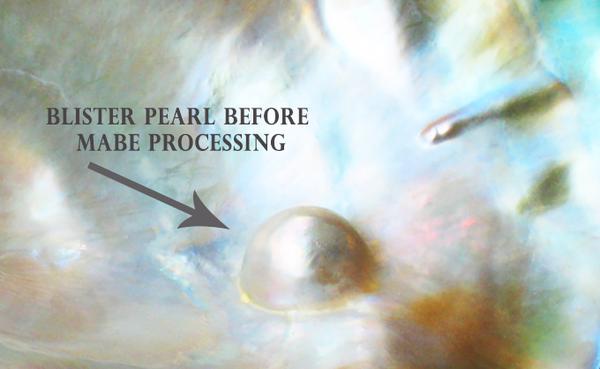