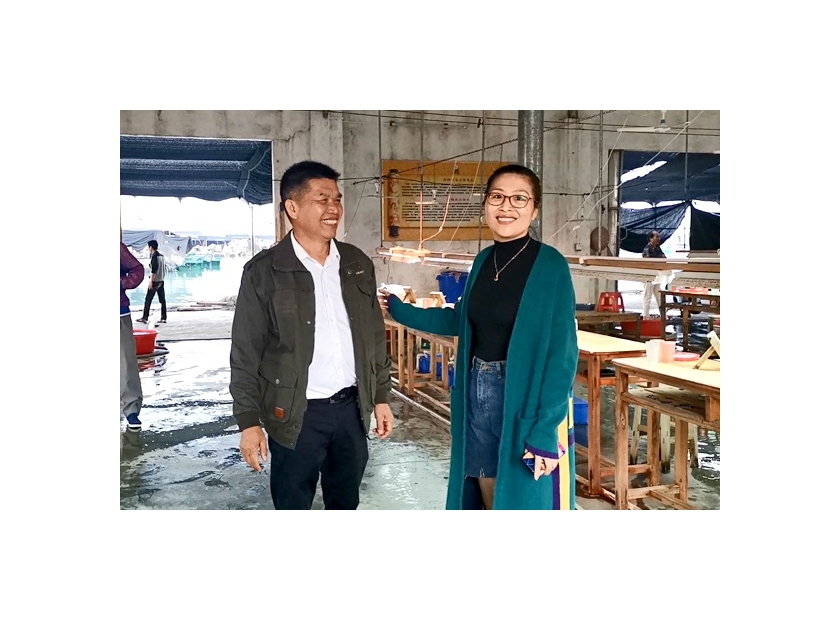 Hi，everybody ,now we want to introduce our pearl farm base that located in Beihai ,one of city in China.Today I will guide you learn more about pearl.

Our cultured pearl farm is found in June 1966, the first time to start to produce cultured pearl because of the support of government and guide of the professor Xion’, and that time natural pearls are also less and valuable. So the first cultural pearls produced successfully. In 1970, the output of pearls was 81kg,the production value was more than 1 million,the highest output was 20 ton and the quality of pearl was excellent , that shows Akoya feature and good prospect. And the Akoya pearl farm was paid more attention by government and all sectors of society. Afterwards pearl research center also was established .

But Chinese Akoya also have hard time .when in the 1993-96, here have 1000 pearl factories  , plants olso have 100, all city did only this work. After the year of 1996,this industry went downhill, especially the deadly and continuous flood in 2007-2009, all pearl farm were destroyed,at last , only three factory left even not up to scale.

By contrast , Japanse akoya delveoped fast in the time of chinese flood. That why now Japanse akoya are popular in world market, but no one will know that history ,that was in 1990’s , because of sea pollution , Japan came to china take the skill fo planting cultural pearl,because that time chinese akoya was in good harvest.

But we always insist on princple that our akoya pearl will go up again .now the outputs continue to increase, many places have pearl farm , such as Guangxi, Guangdong ,Hainan.

Now I will lead you to learn the procedure for how the pearl forms . Oysters are nucleated and then cared for during the 2-5 years required for a pearl to grow and develop. Like any other form of farming, pearl farming can be as dependent on luck as it is on skill. An entire bed of oysters can be completely devastated by unpredictable and uncontrollable factors, such as water pollution, severe storms, excessive heat or cold, disease and many other natural and man-made phenomena. So the rate of death is high , for example ,1000 pcs oyster maybe only survive 20 pcs. That why the price for akoya is high.

The first step is to collect eggs and sperm from high-quality molluscs. The water temperature will be raised slightly, which will cause the molluscs to spawn.It takes about 24 hours for the sperm to fertilize the eggs and create larvae, also called spats. The larvae will float freely in the water until they are a few weeks old. At this time, the larvae would attach itself to a rock in the wild, so to mimic this, the farmers will provide collectors for the larvae to attached to.

Before implanting ,we need first put stick into oyster in order to insert nucleus easily. Saltwater oysters are generally nucleated using a "bead", prepared from mother-of-pearl. First, the bead is surrounded by a small piece of mantle tissue taken from a donor oyster. The bead and tissue are then implanted into the oyster's gonad. The bead serves as nucleus,around which the pearl develops. The resulting pearl will contain the bead at its center and will tend to develop in the same general shape as the original bead. The bead can be detected in the final pearl by x-rays that we only can know whether oysters have pearls or not .They must be cleaned 3 months one times,because baby oysters are easy to die due to foreigh elements. After one and three months ,it forms pearl ,and we can open oyster and take it out.